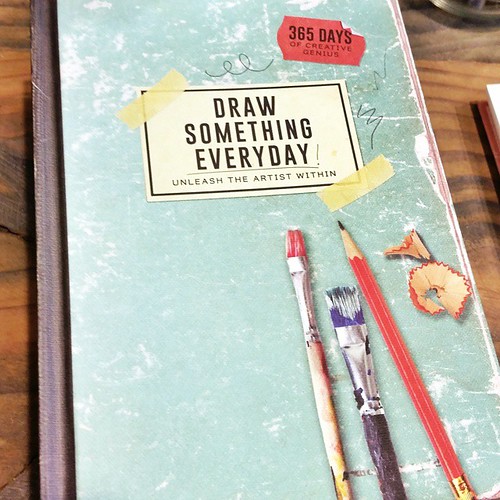 Bookshops have always instilled a sense of wistfulness and adventure every time anyone steps into one. It is almost impossible to pass by a bookshop without stopping, if only to browse, to look, to linger. One could even sense one’s IQ almost increasing by just being there. I am sure my Fitbit Charge HR records increased palpitations wrapped around serenity in the vicinity of tomes.

Art shops are different. One can not help feeling a sense of creative surge, a sense of endless possibilities waiting to be unleashed. Pencils, pens and paintbrushes seem to wobble as soon as eager hands get within touching distance, almost as if one had entered Ollivander’s Wand Shop in Diagon Alley, where each art instrument aches and shivers in anticipation of being within its destined master’s possession. Discernment in the feel of the trade tools, and the weight and surface of the designated paper (not unlike thread-count of bed sheets) is personal. If bookshops made one feel more intellectual, art shops made one regard oneself as infinitely creative.

Although in the past few weeks all of the feelings above were sparked by a visit to Art Friend at the Curve, Mutiara Damansara, the origin of that ignition was an event that happened at St. John’s Primary (1) 40 years ago. Towards the end of every school year students were normally required to fill in a card, updating general information about themselves. There was a field, though, that was probably the most subjective thing anyone would ever ask you throughout your entire life, which more often than not morphs into different forms and elicit different answers, depending on the stage of one’s life. The field, or word, was ambition.

I was in Standard One after all, and therefore the pressure to be a doctor, lawyer or accountant did not suffocate my answer as yet, unlike an SPM-bound 17 year old hormone-maxed student. At 7, most would be guileless, where the imperative would be what one would get for one’s next birthday, or what’s showing on the telly later. The answer would even be expected to be inconsequential, as it would probably change if the same question were to be asked next week, not even next year. So with aplomb, and a total lack of commitment (or maybe even full, hard to tell right now), my seven year-old self answered what made sense at that time. The answer was two straightforward words: comic artist.

In the mid-seventies, comics in Malaysia were sold at newsagents and mamak grocery shops, often affixed to a suspended cotton or nylon rope with a wooden or stainless steel peg perched way above a 7-year old’s head. Sometimes it would get delivered to the home by the newspaper delivery guy, often wearing and off-centre motorcycle helmet aboard a kapchai, expertly throwing rubber-band-bound bundles of pre-ordered newspapers with unflinching accuracy into rain-safe nooks in close proximity to the front door. The world of Dandy and Beano, or the diminutive war or silat comics, were standard fare at the time. Occasionally, one would get a glimpse of a broadsheet Conan issue, and much later a 2000 AD, amidst SHOOT magazines and newspapers. What had really caught my fancy, though, and stayed as an effective bribe for me to go to the dentist, was American superhero comics.

The American superhero comics, mainly from DC and Marvel, were of approximately the same dimensions today as they were 40 years ago. The white box at the bottom left or right, which today indicates whether the comic was obtained from normal retail channels or specialty shops, was filled with bar codes as it was from the former. There were no dedicated comic shops at the time till maybe the late 80’s or early 90’s. The form felt comfortable to a 7 year old, or even a 47 year old today. X-Men, Superman, Aquaman and the Avengers ruled the roost. Hardcover Annuals were coveted and sometimes gleefully received as birthday presents.

Among the attractions of the American superhero comics was its temporal continuity, and one would await the next issue with bated breath only to be satisfied (and again tensely awaiting) a month or two later. They were also a tool for me to further learn English vocabulary; one particular episode of the Avengers, where the Vision was saved by another less-memorable character, I had learnt phrase “to be in one’s debt”, uttered by the former to the latter. Had to go to my father to get an explanation of that one, and the meaning stuck hard in my mind, especially when accompanied with the visual reinforcement.

But it was that reinforcement, wonderfully visual, that stayed with me the most. Whilst distinct panels contained the artwork, the panels did not stay uniform, contextually reforming like a storytelling ether-chameleon, where words and art danced to depict a story whose pace was half in control of the producer, and the other half by the reader. While the composition of views of bodies and surroundings uncovers the narrative(s), it was the inking and colouring that lent it emotion and motion, superiority and/or utmost insignificance. Jack Kirby and Neal Adams led the way for me, to be joined by later giants as John Romita Jr, Brian Bolland and the ambidextrous writer-artist combination of the brooding world of Frank Miller, the delightful yet scary world of Bone by Jeff Smith or the insane multi-media stylistics of Bill Sienkiwicz and later Dave McKean. These artists, and who had every right to be called Artists, made my world. At the time, for a time.

Fast forward 40 years. I am in my 10th job, having experienced various fairly diverse industries, yet none close to what my 7 year old self had opined. During a conversation with my second-born, when talking about ‘ambition when one grows up’ (have I even grown up?), he further quizzed me on why I have not fulfilled my ambition. When I thought about it, I then asked myself, why not indeed?

Part II deals with what comes next.

(This blog post, minus these bracketed words, is eerily 1000 words exactly, again.)